The oilseed industry in South Africa, based on sunflower seed, soy bean, canola, peanut and cottonseed, was in its infant stages before the 1970s. In this time the population consumed mainly animal fats in their diet. All other lipids for medicinal, cosmetic and industrial purposes, were imported.

The rapid and progressive change in the population's eating habits to consume vegetable oils, together with a booming requirement for vegetable protein for animal feeds, has stimulated the development of a vegetable-oil crushing industry.

Over the past five years the growth of soya bean production in South Africa has been exponential, stimulated by the expansion of the soya bean crushing capacity from 600 000 in 2011 to in excess of 2 200 000 tons in 2015. Soya bean meal is the protein ingredient of choice of the animal feed industry due to its low-fibre and high-quality content. South Africa is expected to produce a record 1 148 950 tons of oilseed meal in 2014/15.

Imported soya bean oilcake volumes reduced from 922 499 in 2012 to 610 022 tons in 2014 due to the growth in domestic production. For the first time in history, South Africa has produced more oilcake in 2014/15 than was imported over the same period. South Africa could very well approach protein self-sufficiency by the year 2025.

In order to continue to grow in oilseed production, we need to make optimum use of progress in agronomic practices and exploit the genetic potential of new seed. Oilseeds need to be processed by making use of modern technology, in order to produce a quality source of protein that can be readily accepted by the animal feed and human food industries.

The implementation of technology will have a significant impact on the success of the oilseed industry. We trust that Oilseeds Focus magazine will play a vital role in this regard. 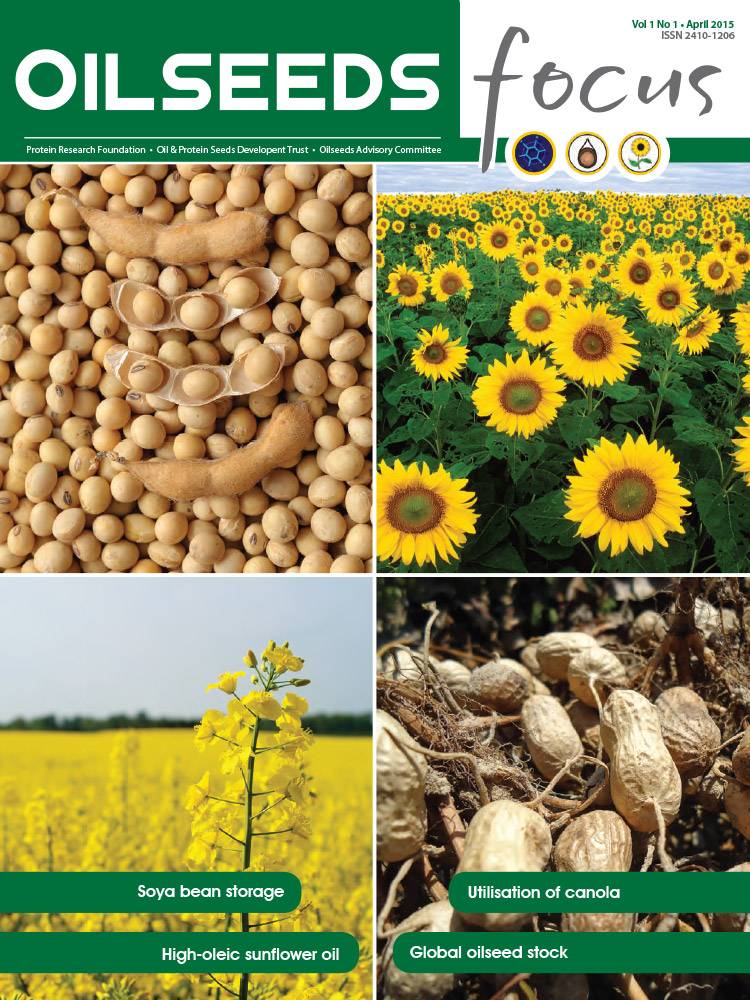